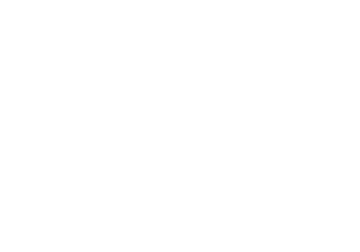 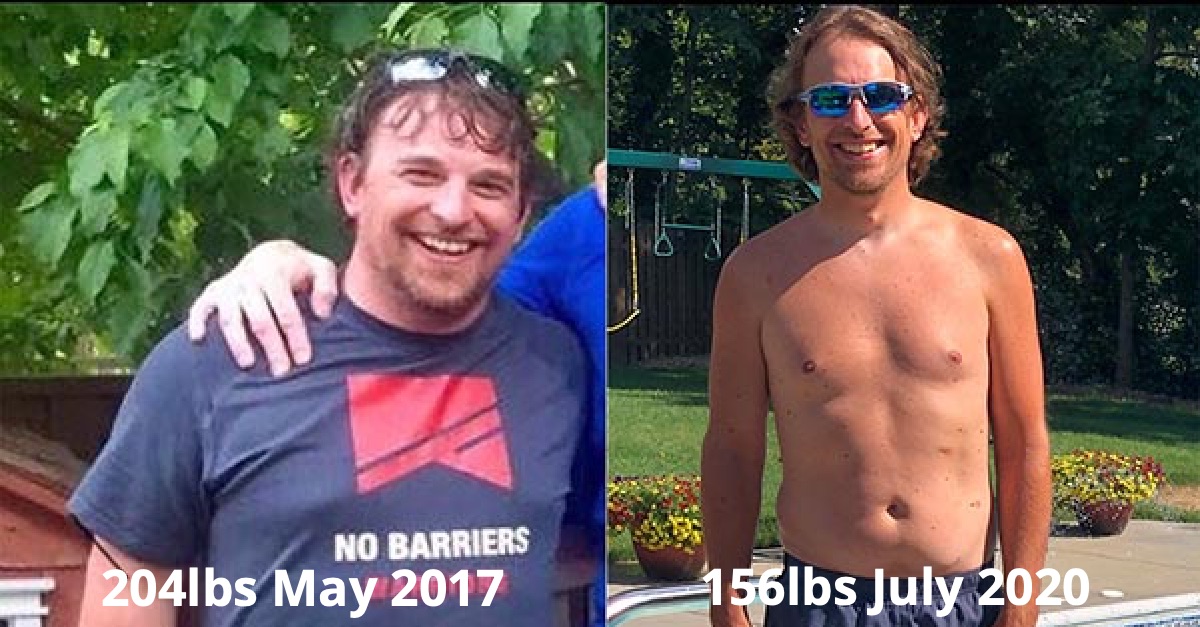 There have been times over these past few years where I have felt like a complete fraud. I encourage everyone to embrace their adversities, using them as their energy to do good in this world. I give them examples of how I have done that very thing in my own life. I have been out front on issues like Post Traumatic Stress, Veteran Suicide, and Moral Injury, but for some reason when it comes to this issue, I barely talk about it. I have on occasion told select groups and/or close friends, but even then I minimized what was happening. I don’t know why I did that, except maybe because I was in denial or I felt like people would see me as weak; nonetheless I can’t hide from it anymore.

Six years ago this summer is when it all started. We had barely moved into the new home we built in Eagle River, AK, and I was landscaping our property. It had been a very long day and I was exhausted. I was laying in bed watching tv, when out of nowhere, I felt like someone was hitting me in my left shin with a sledge hammer. The pain was paralyzing. It lasted a few minutes and then it just, disappeared. This happened on and off for most of the summer all throughout my body, with varying degrees of pain. By the time fall had arrived, the issues had become frequent enough that I talked about it with my doctors. I wish I could say we figured out exactly what was happening, but that’s not how life goes sometimes. At the time it was easy to push it aside because the flare ups weren’t frequent and there weren’t any clear answers. Before I knew it, a year had gone by and we were moving to Indiana.

By this time, the flare ups had become debilitating for days at a time. I was in a living new city, trying to help my children adjust to our new lives; while looking for a new Primary Care physician that would take me and this problem seriously. The process was exhausting. I was in a tremendous amount of pain and every time I became hopeful that a doctor or a test would figure out what’s going on with me, I was only let down. It was a roller coaster of emotions that I tried to hide from everyone except my wife and doctors. It took its toll on me and ultimately played a part in why I ended up at the kitchen table that fateful day, trying to end my life. When I finally made the choice to live, I knew that I had a lot of work ahead of me.   I had become obese by medical standards and I knew that in order to get physically healthy, I had to mentally strong.
It was clear after my first workout, getting ready for the Warriors to Summits expedition, that this was going to be one of the most difficult challenges I have faced. My body had become a shell of its former self, something that I didn’t even recognize when I saw it in the mirror. I was ashamed. I couldn’t believe how far I had let myself fall. I knew that if I was serious about change, I would need to do what I had never done before and ask my doctor for help. I thought she would think I was crazy because I was in the worse shape of my life with a host of medical issues and I wanted to go climb mountains again. I thought she would start laughing and try to discourage me, but to my surprise she was excited and helped me come up with a plan that I followed to the detail. We were both incredibly hopeful that enacting these lifestyle changes would ultimately lead to a reduction of these flare ups. We also started lots of diagnostic testing that would almost always come back normal, until it didn’t. It was summer 2016, when my second ANA test came positive again for an autoimmune disorder, it just wasn’t clear which one. As scary as that was at the time, I felt like I was on the verge of getting some answers.

Ultimately the answers wouldn’t come for another year, when I was officially diagnosed with fibromyalgia in the fall of 2017. Fibromyalgia is a disorder characterized by widespread musculoskeletal pain accompanied by fatigue, sleep, memory and mood issues, but it also is a diagnosis that doctors give when they have no clue what’s going on with a patient. While I acted thrilled that I finally had a diagnosis, I also refused to accept it because it didn’t account for all of my symptoms. Nonetheless, I kept moving forward constantly pushing myself beyond both my mental and physical limitations, trying to make up for lost time. I would eat healthy, take my doctor approved supplements, and work out on a regular basis feeling like I was making huge gains, only to find myself in a flare up that would set me back weeks.

When I committed to getting mentally and physically strong, I weighed 218 pounds. I set a goal weight of 168 pounds, which meant I needed to loose 50. Overwhelmed wouldn’t begin to describe what I felt, but I knew I needed to take that first step and start. The plan was to loose the weight through lifestyle changes that would naturally lead to a change in diet and how I interact with food and exercise. It has not been easy by any stretch, but no matter the challenge I was facing I refused to quit. I just rolled up my sleeves and worked twice as hard until I was over it or through it. It took a little over four years to achieve, but this past February I hit my goal weight. While on the outside I was celebrating the achievement, secretly I was worried. I had definitely made some diet changes that could “maybe” account for the weight loss, but I hadn’t worked out in several weeks as I had develop some new symptoms that couldn’t be explained. I talked with my doctors who ordered more bloodwork and a colonoscopy. For the most part, everything came back ok and we all were again left scratching our heads.

By the beginning of March 2020, I was in a full on flare up getting ready to travel to Washington DC, for Storm the Hill; Iraq and Afghanistan Veterans of America (IAVA)’s premier leadership development program. This program brings Veterans from around country into DC to descend on Capitol Hill to advocate on behalf of Veteran issues. I could have cancelled my participation and no one would have blamed me, but I am determined to never let my barriers keep me from doing what I love. So as always, my doctor was there to support me with a plan, giving me clear guidelines to follow and she also ordered a CT Scan for when I got back home. With a few exceptions, I managed to get through the entire week with no major issues. However by the time I got home I was run down and sick. I started displaying a number of Covid-19 symptoms and because of my travel to DC, I was told to quarantine at home. By the time I could get a covid test weeks had gone by, my symptoms were gone, and the test came back negative. I could finally get the CT Scan that was ordered weeks ago, but then the nationwide shutdown took effect.

The shutdown meant that I would need to continue to wait to have the CT scan, so my doctor and I once again came up with a new plan for dealing with these symptoms and this new Covid-19 world. Days turned into weeks, weeks into months, and before I knew it, it was June. The good news was that I could finally schedule my abdominal CT Scan, however the bad news was that I lost another 10 pounds, making me a 158. On June 12, 2020, the CT scan was completed and by the next week, I got the call that they found some things they weren’t expecting. They found a 3mm non-calcified nodule at the base of my lungs that they will now be watching and they found some sort of mass in my small colon that is causing a partial blockage. Given the multitude of other symptoms I am experiencing the doctors immediately began taking this situation incredibly serious, which truthfully scared the shit out of me. I had become accustomed to these tests coming back normal for so long, that when this one didn’t, I felt like I had been suckered punched. The mass is in a hard to reach spot within the small colon, so the doctor’s plan is to get eyes on it with a camera pill endoscopy, but in order to have that I need to complete a whole a series of other tests, which I am about halfway through at this time.

For the most part, I have tried to take this in stride or denial as my wife would call it, but that came to crashing halt last Friday. I was leaving the lab from having blood drawn, when I remembered I needed to pick up the clothes I left at the tailor in March. After picking them up, I headed home and I was excited to try them on, but when I put on the first pair of dress pants and buttoned them; they fell straight to my ankles highlighting how much weight and inches I have lost since March. It was in that moment that the gravity of my situation hit me like a full speed freight train barreling down the tracks. At the same time my wife had just walked into the room and was just as surprised as me to see my pants fall down to my ankles. She made a sweet joke about it, but I could see the worry in her face. I did my best to reassure her, but when she walked out, I broke down. For, six years I have been quietly fighting what the VA defines as Multi Chronic Symptom Illness, aka Gulf War Syndrome; most likely caused from exposure to burn pits and/or other toxins while serving in Iraq. To say I am scared about my future would be an understatement, but I needed to finally say it out loud. I needed to confront this fear to start the process of turning this pain into something beautiful. Sadly, there is nothing special about this story; there are literally thousands of Veterans like me, quietly fighting the lasting effects of these wars on the sidelines of life; refusing to give in or up!